Demi Moore was raped at age 15 by a man who paid her alcoholic mother $500 after the attack. The actress opened up about the horrific episode in her new memoir, Inside Out, which she further detailed in an interview with Diane Sawyer on Good Morning America Monday.

According to Moore, the sexual encounter happened when she came home one night to find an older man in her apartment. After he raped her, the actress says the man asked her how it felt “to be whored by your mother for $500.”

“I think, in my deep heart no—I don’t think it was a straightforward transaction,” Demi Moore told the journalist about whether she felt her mother Virginia—who died in 1998— sold her. “But she still—she did give him the access and put me in harm’s way.”

The news that Demi Moore was raped as a teenager is only the latest of many disturbing confessions the actress has made in recent days.

Just two weeks ago, the 56-year-old star revealed she suffered a miscarriage while dating Ashton Kutcher. Moore became pregnant with a girl shortly after she began dating her fellow actor in 2003, but lost the child six months into her pregnancy. The loss led her to start drinking and abusing Vicodin as coping mechanisms.

What other shocking revelations will we find in Demi Moore’s memoir Inside Out releasing September 24th? 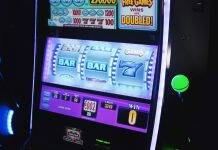