They issued an apology following Ed Razek’s comments saying there was no room for trans models because they couldn’t sell the fantasy. They casted Barbara Palvin as a plus-size model (?!). They even hired Valentina Sampaio as their first transgender angel. Still, the Victoria’s Secret show is officially cancelled.

The brand’s desperate attempts to fight criticism accusing them of being sexist, outdated, and lacked in diversity weren’t enough to save the company, whose decreasing sales and low rates have now forced them to cancel its annual lingerie spectacle once and for all.

“We will be communicating to costumers, but nothing similar in magnitude to the fashion show,” VS said in a statement. “We are figuring how to advance the positioning of the brand and best communicate that to costumers.”

And while some Angels, like model Shanina Shaik, are sad that they aren’t training like an angel this time of the year, other celebrities are most likely thrilled that the Victoria’s Secret show is officially cancelled. Click through our photo gallery to see all the A-listers who have sided against the controversial lingerie show. 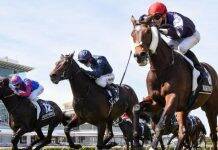