It’s been 9 years since the music video became a viral sensation for all the wrong reasons. But today, on the song’s anniversary, Friday singer Rebecca Black has finally opened up about the bullying she has faced since.

“9 years ago, today, a music video for a song called Friday was uploaded to the internet,” the now 22-year-old woman wrote on Twitter earlier this week. “Above all things, I just wish I could go back and talk to my 13-year-old self who was terribly ashamed of herself and afraid of the world.”

Friday’s reception was highly negative and quickly became the subject of internet mockery due to the poor music, songwriting, instrumentation, video choreography, and Rebecca’s vocals. Some even called it “the worst video ever made”, becoming the inspiration to numerous parody videos and remixes.

Rebecca Black admitted to dealing with depression throughout her teenage years due to the music video. The bullying escalated to even death threats and caused her to drop out of school and be home schooled by her mother.

“I’m trying to remind myself more and more that every day is a new opportunity to shift your reality and lift your spirit” she added on her tweet. “You’re no defined by any one choice or thing.”

Friday singer Rebecca Black has worked in new music since her traumatic debut, even despite being told by almost every producer and songwriter that “they’d never work with me.” Rebecca went on to appear on Fox’s reality singing competition The Four in 2018. In October 2019, she released a new song, Sweetheart, and she says there is even a remix on the way.

“Time heals and nothing is finite,” she reflected. “It’s a process that’s never too late to begin. And so, here we go!” 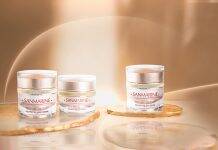