After months of being teased by both the stars and minds behind the show, the world finally has confirmation (sort of) that the long-awaited Friends reunion is happening. The six stars of the hit 90’s sitcom will be there for you in an hour-long special to be streamed on the upcoming platform HBO Max.

Multiple outlets have reported that Jennifer Aniston, Courteney Cox, Lisa Kudrow, David Schwimmer, Matt LeBlanc, and Matthew Perry are in the final stages of talks with Warner Bros. to join the unscripted, retrospective episode. Each member of the beloved cast will be cut a hearty $3 million – $4 million paycheck for appearing—a whopping rise compared to the $1 million per episode they were paid in seasons nine and 10.

Rumors that the Friends reunion is happening come in stark contrast to what HBO Max chief creative officer Kevin O’Reilly said in January, seemingly killing all our dreams and hopes about the subject.

“There is interest all around and yet we can’t get the interests all alighted to push the button on it.” He continued: “Today is just a maybe.”

Rachel Green Jennifer Aniston first hinted at the 25th anniversary special in a visit to the Ellen DeGeneres Show in October.

“Listed, we would love for there to be something but we don’t know what that something is,” the 50-year-old actress said when pressed for details about a possible reboot. “We’re working on something.”

Could Matthew Perry’s long-awaited arrival to Instagram be the kind of confirmation we needed? 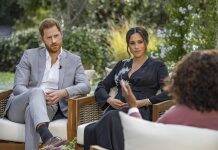