There was a seemingly constant stream of big casino movies being released in the 1990s and 2000s, but now that stream is nothing more than a trickle. Whether the films placed the gambling action at the forefront or utilized a casino setting as the background for other narratives, there have been enough releases that ‘casino movies’ could be considered a genre in itself. However, that genre has had no sterling additions in the past decade.

The glory days of the genre

The 1995 Martin Scorsese flick is perhaps the definitive casino movie; partly because of its glittering cast and gripping action, partly because the title of the film is literally just Casino. Casino Royale, Daniel Craig’s 2006 debut as James Bond, used poker to propel the story, but never left the audience short-changed in terms of drama. As the list at parade.com/876275/samuelmurrian/james-bond-movies-ranked/ shows, many critics consider the casino-focused movie one of 007’s greatest outings.

Ocean’s Eleven (2001), The Hangover (2009), and Fear and Loathing in Las Vegas (1998) all used classic casinos as the setting for largely unrelated events. Several directors have found that the high stakes of the games themselves add real narrative tension, but also that the players in the casino help to build an engaging on-screen world.

Yet directors in the last decade largely neglected the casino movie genre, possibly because most people’s interaction with casinos has significantly changed over the past decade. Players are now far more likely to experience games like blackjack via online platforms, rather than through one-off trips to the Las Vegas casinos.

The best blackjack scenes from movies (Timothy Dalton’s outing as Bond in Licence to Kill springs to mind) all rely on the viewers not only being invested in the strategy of the game, but also on them being drawn into the human element. It is important to see a character’s emotions during the game, whether through interactions with the dealer or other players.

The development of live casino could be hugely significant in allowing modern filmmakers to introduce casino action into their movies, in a way that is both realistic and engaging. Live casino players can access video streams of roulette or blackjack games completed in real time, with a dealer running the game as they would in a traditional casino. The guide to live blackjack games at games.netent.com/blackjack/ details how HD cameras and multiple angles create an immersive experience for the players.

This human connection via live stream could give the writers a raft of narrative possibilities and a chance for character development, allowing them to keep the dramatic stakes high while accurately portraying modern casino gaming. The scarcity of casino movies in the 2010s indicates that this has been a problem for filmmakers, while those that made into production have also disappointed.

2017’s The House is proof of those struggles, with comedic heavyweights Amy Poehler and Will Ferrell playing a couple who opened a secret casino. Its 5.6/10 rating at imdb.com/title/tt4481514/ shows that audiences were largely underwhelmed. Perhaps establishing a live casino site, where Poehler and Ferrell run games for interesting characters from across the world, would have proven more novel engaging for audiences.

The 1990s and the 2000s produced some great casino movies set in flashy environments, but the 2010s gave audiences very little from this genre. The development of live casino may give filmmakers a new angle for incorporating both the tension and the human element of games such as blackjack. There are definitely lots of casino-related stories still to be told by filmmakers – live casino could provide a fresh way to tell them. 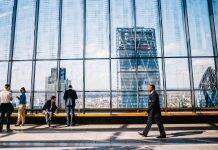