Prince Harry has sold a pair of handmade hunting rifles as he bids to please animal-loving wife Meghan Markle. News of the sale comes a week after it was claimed Prince Harry told friends he missed the ‘camaraderie’ of life in the forces.

A hunter bought a pair of Purdey firearms, thought to be worth around $50,000, in a private deal five months ago, before the couple quit the UK for Canada and later moved to the US. A friend of the anonymous buyer said: ‘He bought them because he wanted them, not because they belonged to Harry, but he was quite amused when he found out.

‘They are beautiful examples and he’s very pleased with them but he’s not the sort of person who wants to boast about the royal connection.’

Speaking to the Radio Times last week, Conservationist Dr Jane Goodall said of Harry and his brother William: ‘They hunt and shoot. But I think Harry will stop because Meghan doesn’t like hunting.’

Harry was stripped of his military appointments when he and Meghan stepped back as senior royals on March 31. He had to give up roles including Captain General of the Royal Marines and Honorary Air Commandant of RAF Honington.

The Duke of Sussex reportedly told friends he ‘cannot believe’ how his life has been ‘turned upside down’ since moving to the US. The Sussexes are said to be eyeing up a sprawling six-bedroom home near LA’s wealthy neighbourhood of Pacific Palisades and are planning to have Meghan’s mum Doria Ragland move in with them and baby Archie.

‘Once quarantine and lockdown are over, Harry and Meghan will be moving into their new pad – and they want Doria to be included in these plans,’ a source told The Sun.

‘She is hugely independent though, and doesn’t want to be in their space. She will have her own granny annex.’

The source said Meghan wants to keep her mother, 63, close as she is ‘her rock’ and now ‘doesn’t trust many people’ outside of an immediate circle of family and friends.

Since moving from Canada to the US, the couple have been renting a home near to Elton John and David Furnish, who they are believed to have been in regular contact with. 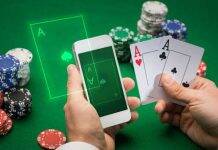