The pop star, Britney Spears got real in her latest Instagram post as she showed fans how she looks on a daily basis.

The singer shared an altogether different look in a series of snaps on her feed, as she attempted to fix a light at her Thousand Oaks mansion.

Spears, 38, was seen in what looked to be her house’s grand entryway, standing near a ladder while wearing a pink and white plaid shirt.

Britney had her hands on her hips in two of the three shots, in which she smiled somewhat absentmindedly.

One snap showed a black grand piano, off to one side in the background.

In the caption, mother-of-two informed her followers that this is what ‘I really look like on a daily basis!

‘I can get insecure when photos are taken of me that I’m not prepared for,’ she continued, ‘so I have always put so much effort into my appearance … but you know sometimes it’s nice to not try so hard and pull down your walls every now and then !!!! It takes a lot of strength to do that’

Spears then meandered into sharing a ‘fun fact’ about how she ‘played ball’ in school ‘instead of cheerleading’.

She also explained the ladder, writing, ‘in these pics … I was trying to fix a light but realized I was too short.’

The Toxic hitmaker began the caption with ‘Instagram versus Reality!’

And while the pictures of the beloved superstar definitely showed a different side of Brit – as opposed to the multitude of nearly-identical outdoor selfies in off-the-shoulder bright belly shirts she’s been posting for months – they did little to shed light on Britney’s wellbeing in relation to her conservatorship and the ongoing #FreeBritney movement.

On Friday, the performer and her boyfriend Sam Asghari uploaded identical video snippets showing them boarding a small airplane on their way to a beach getaway.

Wearing a long grey coat over a summery red floral dress, Britney flounced up the stairs to the aircraft and waved to the camera before heading in.

She and Sam were both wearing face masks in order to make sure that they complied with COVID-19 safety protocols. 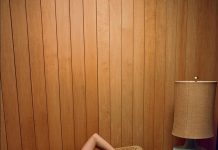 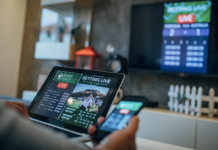