It was published on Friday (8) some reports of a highly contagious new variant in the United States. According to several government officials, the claims are based on speculative statements made by Dr. Deborah Birx and are inaccurate.

Dr. Deborah Birx suggested to other members of the task force that a new, more transmissible variant originating in the U.S. might explain the surge, as another variant did in Britain.

Her hypothesis made it into a weekly report sent to state governors. “This fall/winter surge has been at nearly twice the rate of rise of cases as the spring and summer surges. This acceleration suggests there may be a USA variant that has evolved here, in addition to the UK variant that is already spreading in our communities and may be 50% more transmissible,” the report read. “Aggressive mitigation must be used to match a more aggressive virus.”

Dismayed, officials at the C.D.C. tried to have the speculative statements removed, but were unsuccessful, according to three people familiar with the events.

C.D.C. officials did not agree with her assessment and asked to remove it but were told no, according to one frustrated C.D.C. official, speaking on condition of anonymity for fear of retaliation.

“Researchers at the Centers for Disease Control and Prevention are monitoring all emerging variants of the coronavirus, including in 5,700 samples collected in November and December,” according to Jason McDonald, a spokesman for the agency. “To date, neither researchers nor analysts at C.D.C. have seen the emergence of a particular variant in the United States,” he said.

Among the variants circulating in the U.S. are B.1.1.7, first identified in Britain and now driving a surge and overwhelming hospitals there. The variant has been spotted in a handful of states, but the C.D.C. estimates that it accounts for less than 0.5 percent of cases in the country so far.

Another variant circulating at low levels in the U.S., known as B 1.346, contains a deletion that may weaken vaccines’ potency. “But I have seen nothing on increased transmission,” said Michael Worobey, an evolutionary biologist at the University of Arizona who discovered that variant.

That variant has been in the United States for three months and also accounts for fewer than 0.5 percent of cases, so it is unlikely to be more contagious than other variants, according to a C.D.C. scientist who spoke on condition of anonymity because he was not authorized to speak about the matter.

All viruses evolve, and the coronavirus is no different. “Based on scientific understanding of viruses, it is highly likely there are many variants evolving simultaneously across the globe,” Mr. McDonald, of the C.D.C., said. “However, it could take weeks or months to identify if there is a single variant of the virus that causes Covid-19 fueling the surge in the United States similar to the surge in the United Kingdom.” 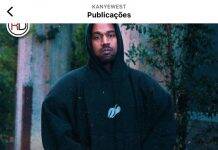