Theatres and stadiums are being lined up to pilot with a Covid passport under plans discussed by ministers that shall begin by next month in UK.

+ It’s a girl! Emma Stone welcomes her baby with her husband Dave McCary

The passports could also be used eventually in pubs, restaurants, nightclubs and cinemas. Pilot schemes will begin after work is completed on an updated version of the NHS Covid app which will let users prove they have been vaccinated.

The plan is a sign Boris Johnson will give vaccine passports the go-ahead on Monday (5), when he is due to report the interim results of a study led by Michael Gove.

But their introduction is certain to trigger a huge political row. Last night 72 MPs – including libertarian Tories and senior Labour figures – issued a joint statement branding vaccine passports ‘divisive and discriminatory’ and vowing to oppose them.

This threatens a major headache for the Prime Minister if he needs legislation to bring the scheme in.

Yesterday, the Prime Minister dropped a further hint he has come round to the idea, saying vaccine passports could help to provide ‘maximum confidence to businesses and customers’.

He stressed any scheme would also allow people to show a negative test result or proof they already have Covid antibodies.

The roadmap out of lockdown paves the way for around a dozen pilot schemes on allowing crowds to attend ‘large events’ from April 12 through May.

These reportedly include the FA Cup final, an FA Cup semi-final, the League Cup final and the World Snooker Championships as well as the Brit Awards being discussed.

Attendees will have to take a Covid test and another after the event to register any infections. 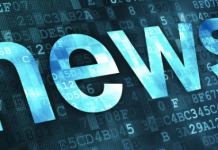