Jared Padalecki, 39, Sam from “Supernatural”, was in a serious car accident and is recovering. The co-star Jensen Ackles, 44, revealed the friend’s condition this Sunday (24), in New Jersey, during na event for fans of the production.

Ackles told the convention that Padalecki wasn’t driving. “He was in the passenger seat and he’s lucky to be alive”.  According to Jensen, Jared said that “The airbag packs a punch” and that he felt like he had fought Mike Tyson 12 times. “Just keep him in your thoughts. Send him some love if you get the chance on social and he’ll be back with us soon”, asked the actor of Rust to the crowd.

The date on which the accident occurred has not been confirmed.  On Thursday (21), Jared wrote on his Twitter an apology, as he would not be able to attend the event. “Hey #SpnFamily! Sorry to miss y’all in NYC this weekend. Thank you and the #WalkerFamily for all the love and support. Can’t wait to see y’all again”. He and Jensen interpreted the brothers Sam and Deam Winchester on for all 15 season of Supernatural. 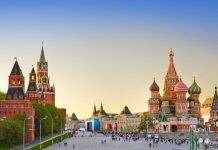