Last Tuesday (14), Britney Spears, 40, confirmed that she did not invite her brother, Bryan, 45, to her wedding to Sam Asghari, 28, which took place last Thursday, June 9. The singer published a long text on her official Instagram account, exposing her relationship with her family during all the 13 years she spent under her father’s guardianship.

Spears began by writing about the wedding moments. “I conquered my happiness, guys!!! Happy happy happy!! My friend watched the video of the party and to be exact…Madonna fell 3 times, Selena fell 2 and I fell once because of the rose petals. I’m surprised it doesn’t fall every 5 minutes… and no, I didn’t take a sip of alcohol’, he wrote.

Then Britney vents about the moments lived during the guardianship and how they treated her. “I can’t drink alcohol. In the 13 years of tutoring I was tested three times a week. I don’t even like alcohol. Meanwhile my dad went to bars every night and my brother ate shrimp salad while drinking whiskey and soda every night in Vegas after my show and sometimes even before!!! He wouldn’t let me take a sip”.

The “Princess of Pop” added that she just wanted to be respected for all these years. “None of you ever wanted it to end because you all loved telling me what to do and treating  me like absolutely nothing!”.

“It’s pretty funny my family doing what they did to me with drug testing me that whole time and yet I can’t stand most alcohol!!! Nope, I’m not cool.I wish I could play that bad girl my family wants me to play but honestly…I’m too old for this”, he lamented.

It seems that even free, the singer still can’t find peace. Bryan’s girlfriend, Amber Lynn Conklin, said they didn’t attend the ceremony because it was the same day as their daughter’s graduation. But Britney denied the fact.

“You honestly think I want my brother there who told me no to a Jack and coke l for 4 years…what ??? If we were going to drink together at the wedding and play the classy roles for the children like you and mom do as you people literally hid coffee and alcohol when I would come home….you hurt me and you know it!!!”, he declared.

Britney put an end to rumors of any closeness with Bryan or another family member and wrote at the end of the text: “I know you’re my blood and yes blood runs deep but no family of mine would do what you guys did to me…(…) Happy Britdependence Day”. 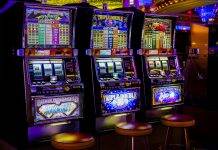