The eternal “Peter Parker”, Tom Holland turns 26 this Wednesday (1) and won a special statement from his girlfriend, Zendaya. The actress shared a photo on her Instagram in which the two appear hugging.

++Jessie J surprises ‘Heartstopper’ star during concert: ‘You are a wonderful person”

“Happiest of birthdays to the onde who makes me the happiest’, wrote Zendaya in the caption of the romantic click.

The actors met in 2016 while filming “Spider-Man: Homecoming”. Their relationship was confirmed in November 2021 after they were spotted kissing. The couple is discreet and rarely talks publicly about their relationship. 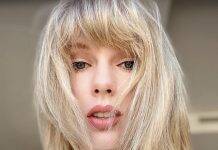