Netflix announced on Wednesday (20) the start of filming on season 3 of “Bridgerton”. The stream shared a video on social media showing the cast on the set of the period drama based on Julia Quinn’s books.

Filming takes place in London, this season the plot will focus on the romance between Penelope Featherington (Nicola Coughlan) and Colin (Luke Newton), the discovery of Lady Whistledown. Penelope will have the help of Colin to win a fiancé, developing, in fact, a love story between the characters.According to Variety, the plot has three new members, the actors: Daniel Francis, Sam Phillips and James Fóon

Francis will play Marcus Anderson, described as “a charismatic presence that lights up any room he enters”; the character will attract the attention of certain matriarchs in the city, but will also cause an uproar in others. Phillips, meanwhile, will play Lord Debling, full of unusual interests, with wealth and a noble title to back his eccentricities. Finally, Fóon plays Harry Dankworth, a handsome young man who lacks wit and intelligence. 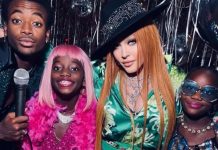