The singer Rihanna announced her triumphant return to the stage in a very different way. The muse posted a photo of her hand holding a football, and it sparked fan speculation. In this case, the speculation was correct: Rihanna is the attraction of the Superbowl 2023. The NFL confirmed, and published reactions from several artists around the world.

The singer’s return to the musical universe is long awaited by everyone. Without releasing music or playing shows for over 6 years, Rihanna will perform a super show at the halftime of the NFL finals. In the last year, singers Eminem, Snoop Dogg, Dr. Dre, Mary J. Blide, 50 Cent and Kendrick Lamar performed at the Los Angeles Rams stadium. This year, the final will be held in Phoenix, Arizona.

The hits-owning diva has also been seen popping in and out of music studios in recent weeks. Is there a new album coming? The singer’s public already speculates details of the big comeback. Since mid-2014, Rihanna has been exclusively dedicated to her makeup and lingerie line 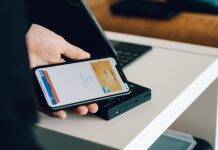