In 2016, no less than four major film adaptations of popular video games will hit theaters. While we are all waiting to see how Ratchet and Clank, The Angry Birds Movie, Warcraft and Assassin’s Creed will shape up, let’s look back at previous attempts at cashing in on video games through cinema. 12 Of Kylie Jenner and Travis Scott’s Best Pictures Together 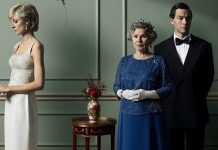