Daniel Craig has been very firm about his disinterest in doing another Bond film after Spectre was released in 2015. He has even gone as far as to say that he would rather “break a glass and slash my wrists” than return for another.

This means a new actor will get a turn as 007, but who will it be? Idris Elba, Damian Lewis and Tom Hiddleston have all been rumoured to be considered for the role.

Let’s have a look back at all previous Bond films so far to see which actor fared the best on the Rotten Tomatoes rating scale. 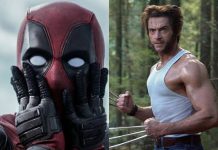