The star’s husband, Frederic von Anhalt, said she died after suffering a heart attack on Sunday. She was surrounded by family and friends.
“Everybody was there. She didn’t die alone,” he said.

Gabor was married nine times in her life and her final marriage was by far her longest. Zsa Zsa and Frederic had been married since 1986.

Let’s have a look back at her life in pictures.

Who is the girl in Kanye’s “Fade” video? 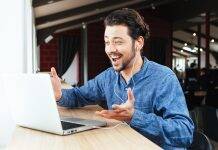