There were many firsts in the 2016 campaign for President of the United States. Instead of its usual Left-Right sniping, the media aligned in war against one ill-mannered and evasive candidate. For the first time in a while, the American working class supported a Republican.

But without a doubt, Donald Trump has been the star of his own dark comedy, with A-listers Lady Gaga, Madonna and Lebron James getting in on the action. Here are 35 of the funniest, most vicious, and most entertaining celebrity reactions to the Orange One. 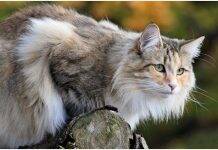