When you are a pop culture fanatic, it’s easy to think that you know all there is to know about celebrities. Their curiosities may not even be all that sinister or weird but surely are fascinating. Check out 20 truly surprising celeb facts below from our top 20 most interesting stories on your favorite celebs!

2. Jake Gyllenhaal got his first driving lesson (on a racetrack) from a family friend: Paul Newman.

3. Charlize Theron was “discovered” when an agent witnessed her throwing a fit at a bank teller who wouldn’t cash her check.

6. Sylvester Stallone: Among actors who are also painters…

8. Daniel Craig is the first actor to play James Bond that was born after the series began.

9. Elvis Presley was a natural blonde.

11. Jennifer Lopez was the first actress to have a movie and an album hit number one in the same week.

13. J.K. Rowling was fired from her job as a secretary for daydreaming too much. After that, she wrote the “Harry Potter” books.

14. Alanis Morissette has a twin brother – his name is Wade.

16. Claire Danes and Hugh Dancy had an indoor swing installed in their New York city apartment. Danes explained, “My parents had a swing, a trapeze and a trampoline in their apartment, I was inspired by that.”

17. Emma Stone’s real name is Emily. (She changed it because an actor in SAG already had the name Emily Stone.)

20. Martha Stewart was once a fashion model. 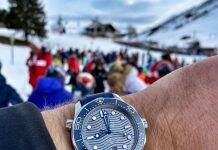