There once was a certain Princess Diana who fascinated the world by becoming the sweet and caring Lady Di. Now, it is another princess who comes from a mythological paradise, the Themyscira island, ready to conquer the plebeian’s hearts.

The new Diana is better known by the name of her alter ego, Wonder Woman. We recognize her in warrior pose pictures, wearing her tiara and her Amazonian uniform, blading her sword in one hand and holding her shield in the other.

This generation’s Diana is much like Lynda Carter’s personification from 1975 to 1979. Beautiful, strong, fair, using force as her last resort, always trying to make things right.

DC Comics’ “Wonder Woman”, in collaboration with Warner Bros. and director Patty Jenkins, took the world by storm, with critics calling it “a cocktail of intelligence, heart, and adrenaline” and over $200 million on its opening weekend.

But who is this new powerful princess?

There’s much more to her other than Wonder Woman. These are 12 things you should now about real-life super hero and latest feminist icon Gal Gadot. 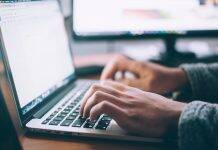