It is one thing to keep your followers updated through social media, and it is another to govern the most powerful country in the world from your personal Twitter account. But Trump is like that, he’s oblivious to protocols, and in the end, more than an entrepreneur, he is the ultimate showman.

Twitter has been his go-to app long before he won the November 2016 elections. Controversy, attacks, flattery (to himself), and a raw sense of humor, Trump’s personal Twitter account is a perfect modern-time representation of what he truly is. The only thing that’s changed since he became the 45th president of the United States is that now such content can also be found at @POTUS. Double the cringiness!

Some of Trump’s tweets seem to be taken straight out of one of House of Cards or Black Mirror’s darkest episodes. And it seems like Twitter will continue to be Trump’s virtual justice gavel for the next four years. To give us an idea of what the @realDonaldTrump holds for us in the future, we share with you this collection of his 20 craziest tweets. They are so wild, there’s only one word to describe them: covfefe.

Till Death Tears Them Apart! The 40 Strongest Marriages in Hollywood 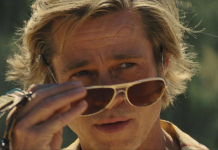