Today marks 10 years since once of the most successful teen drama TV series of the century premiered; one decade since the beginning of Gossip Girl. But it seems as if trace of time had forgotten about the show’s cast, as they look as good—or even better! — as in the first episode.

Their careers and personal lives, however, have taken a big turn over, and things are not what they used to be when we first met Serena, Blair, Dan, Chuck, Chance, Taylor, and Vanessa in 2007.

Movies, music, marriages, babies… So much has changed!

Celebrating Gossip Girl’s 10th anniversary, here’s what the former Upper Eastsiders look like today, and everything they’ve been up to since the final episode aired and they parted ways. 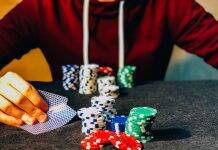