On Sunday night, an armed man open fired in a country concert in Las Vegas, killing 59 people and injuring at least 500.

Since that tragic night, considered the most terrible mass shooting in the history of the United States, celebrities like Lady Gaga, Mark Ruffalo, Jimmy Kimmel, and Ariana have taken over Twitter, Instagram, and other outlets calling for stricter gun control laws.

However, there’s a small but important and very controversial group of celebrities from whom you probably won’t be hearing much after what happened in Vegas, given that they themselves are open pro-gun supporters.

Some of your favorite actors, models, and musicians are in the ranks of the celebrities who are gun owners and stand up for the Second Amendment. 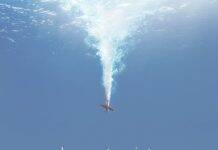