With over five million people of Native American descent living in the United States, it’s no surprise that many celebrities are part Native American too—even when they don’t necessarily fit the stereotype (stern features, tan skin, and dark hair) we often see in movies!

Still, these celebrities are proud of their heritage!

From Oscar Winners to winners to music idols, here are 12 celebrities you may not have known were part Native American. 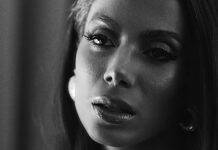