There’s been plenty of controversy around this year’s Victoria’s Secret Fashion Show. Gigi Hadid and performer Katy Perry were reportedly denied entry into China ahead of the show, putting the huge event in jeopardy.

However, it looks like everything went smoothly, as the genetically blessed bunch have been posting selfies, photos of the venue, snaps of the rehearsals, and other behind-the-scenes pictures of the runway extravaganza.

Though the show won’t actually air on TV until November 28th, we can finally say that the 2017 Shanghai Victoria’s Secret Fashion Show is finally here!

Here’s a photographic look of what it was like backstage. 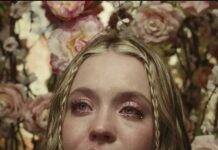