When it comes to romantic epics, few are as memorable as James Cameron’s Titanic. The movie, which made A-listers out of stars Leonardo DiCaprio and Kate Winslet, grossed over $2 billion at the box office and won 11 Academy Awards including best picture, best director, and best original song for My Heart Will Go On.

But it wasn’t only experts and critics who immediately obsessed over Titanic. This love story quickly became a pop culture icon and a must-see movie every year during the holiday seasons. Specially in 2017, because this year, we celebrate 20 years since Jack and Rose (and the rest of the world, of course) fell in love while sailing through the cold ocean.

Unlike Jack, our love for Titanic will never die! Here are only some of the many, many reasons why our hearts will forever go on for Titanic! And this is only the tip of the iceberg—get it?! Ok… one too many puns. Eva Mendes and Ryan Gosling: 8 Things We Know About Their... 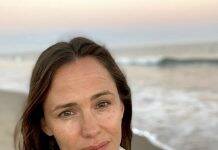 Emma Watson And Chord Overstreet Are Dating And Gleeks and Potterheads...