Forget about Macaulay Culkin, the Olsen Twins, and Lindsay Lohan! These child stars are the next big thing in Hollywood.

From Room’s Jacob Tremblay, to Sia’s Maddie Ziegler to Netflix’s army of child actors, these youngsters—all under the age of 16—are not your ordinary kids. They’re smart, talented and, unlike other child stars from previous generations, in complete control of their early stardom.

Some of them have had a little help from their family name, while others have relied merely on their talents. Regardless, all of them are promising stars with capital S.

In honor of Jaeden Lieberher’s birthday (a.k.a. Bill from the movie “It”), here’s a list of today’s major child stars taking over the entertainment industry. They’re Hollywood’s next generation of A-listers! 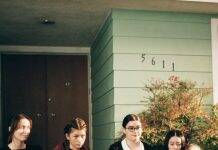