Ariana Grande is making some serious moves this week. And we’re not talking about her grand return to social media and the music scene, or her gravity-defying dancing in the “No Tears Left To Cry” music video. No. We’re talking about a brand-new hairdo.

That’s right, people. The Ari has lowered her ponytail 6 inches and is now rocking her newish platinum locks in an even newer low pony, causing an uproar to those who know Grande y synonymous with high ponytails.

Was her head killing her after years of wearing a tight, sleek, high pony? Does the low pony mean she’s sad? Or is the new hairdo a PR move to get everyone talking about Ariana Grande?! Only God knows!

What we do know is that this is the beginning of a new era. So it’s understandable that Arianators on Twitter are lowering their jaws—just like Grande did with her ponytail. See some of the best reactions to Ariana’s new look in our photo gallery above. 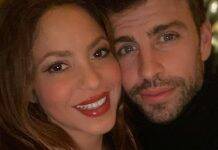