Being one of the most coveted bachelors in all Hollywood, Tom Cruise has dated as many women as he has had had box office hits—which is truly saying something when you’re the star of movies like Top Gun and the Mission Impossible franchise.

But with his irresistible smile, its shouldn’t come as a surprise that our favorite Tom in showbusiness has dated some of the most beautiful women in the industry, including, of course, Nicole Kidman and Katie Holmes.

But do you have any idea of who are the rest of the lucky, lucky women who have had themselves some Cruise love? From his confirmed romances, to his rumored flings, including the woman who supposedly introduced him to Scientology, in celebration of Tom Cruise’s birthday, we bring you a list of all the women who have dated the 56-year-old actor throughout the years. 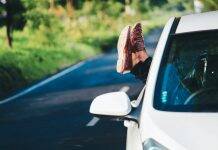