The 2018 Emmy Awards ceremony was an outstanding night not because of its outrageous fashion, or its record-low viewership, or Glenn Weiss’ on-stage proposal, or for being dubbed “Emmys So White”. But, ironically, because the diversity of offerings led to several broken records by this year’s nominees and winners.

With extraordinary milestones like Sandra Oh’s nomination for Best Actress in a Drama Series, John Legend’s EGOT, and Netflix and HBO’s tie in wins, there were plenty of history makers at Monday’s Television Academy ceremony.

Click through our photo gallery above to see how the 2018 Emmys made history this year. 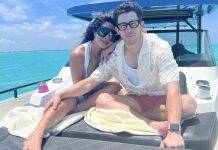