2018 has been quite a year for Drake. While he’s found astronomical success with the release of his 5th studio album, Scorpion, the rapper’s personal life has also been packed with heartbreaks, feuds, and overall drama.

But those levels of drama are to be expected when you are one of the most important names in the entertainment industry. And given that Drizzy just recently ousted the Beatles as the artist with more Top 10 songs in a year, it’s safe to say Drake’s problems are only going to get even more intense.

Which, at the end, translates into even better albums. So maybe a little bit more drama it isn’t such a bad thing after all— at least for us!

In honor of his 32th birthday, here’s a look back at Drake’s most dramatic year yet. And remember, Drake—no matter how bad it gets, it is all God’s Plan! 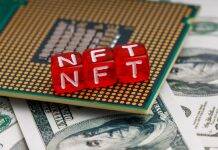 10 Reasons Why Brad Pitt Is THE Perfect Man