A look at Taylor Swift’s year in pictures will show you that the old Taylor is, in fact, dead.

Following the infamous “Taylor Swift is over party”, a dark episode in her life full with jealousy, reason, revenge and snake emojis, the singer has been tirelessly working on redeeming herself.

Ever since releasing her unexpected new album Reputation in November 2017, Taylor Swift has been clapping back at her haters—not only with her good-girl-gone-bad lyrics but with a year full of major milestones, fierce privacy, and an overall new era of reinventing herself.

In honor of her 29th birthday, here’s a look at Taylor Swift’s year in pictures. Click through our photo gallery above to see how Tay went from rumors and backstabbers to selflove, redemption and a newfound voice. 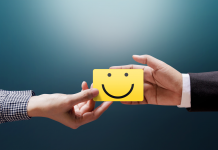