Though Alfonso Cuaron was just awarded Best Director at the 2019 Golden Globes for his movie Roma, which also win Best Foreign Language Film, the semi biographical motion picture wouldn’t be the masterpiece that it is without its leading star Yalitza Aparicio.

The Mexican director found the woman who play Cleo, a role cosely based on Liboria “Libo” Rodriguez, who raised Alfonso from the time he was 9 months old, in 25-year-old schoolteacher Yalitza Aparicio. And her real-life story is so unbelievably amazing that it reads like the plot from one of Cuaron’s heartbreaking dramas.

From her humble upbringing, to her newfound fame, and her increasing chances of becoming the first indigenous woman to bag an Oscar for Best Actress, here’s everything you need to know about Yalitza Aparicio, the breakout star of Alfonso Cuaron’s Roma. 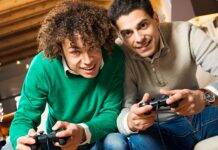