After all of the last-minute drama leading up to this year’s broadcast, the Oscars chose to air the ceremony without anyone offering scripted bits mid the trophy hand-outs. And, against all odds, the host-less tribute to feature films was an utter success.

Starting with an energetic musical performance by Queen and Adam Lambert, and ending with Julia Robert’s beautiful smile, this year format resulted in a show that felt lighter, quicker, faster paced—and still took more than three hours to get through.

Still, even if the Oscars decide to continue going host-less in the future, there are a few numbers that deserve to be remembered—for all the wrong and right reasons. Though there’s been 90 Academy Awards ceremonies, there have only been a few hosts that have gone down to history.

Click through our photo gallery above to see the 10 most notable hosts in Oscars history.

Some “Happy Birthday” love from your hubby Will Smith… 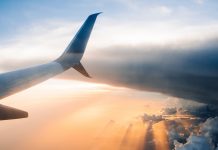