Who has Jennifer Lawrence dated?

Despite her quirky personality, Jennifer Lawrence tries to keep her private life private, and stays pretty under the radar when it comes to romance. However, when you’re one of the biggest stars in Hollywood, it’s hard to keep an engagement under the wraps. Specially when you go out and about showing off a massive ring on that finger.

Jennifer Lawrence fueled rumors that she’s engaged to boyfriend Cooke Maroney after been recently seen wearing a suspiciously large diamond ring. Her rep later confirmed that she is, in fact, set to be married to the art gallerist after 9 months of dating.

However, before the relatively unknown Cooke Maroney put a ring on it, many famous men dated Jennifer Lawrence. Including her current boyfriend fiancé, past relationships, and dating rumors, this comprehensive dating history will tell you everything you need to know about the beautiful actress’ love life.

So who has Jennifer Lawrence dated? From dating a rock star, an actor, and a director, this leading lady has had a wide-range of real-life love interest! In honor of her surprising engagement, here’s list of all the men before her soon-to-be husband Cooke Maroney.

Emma Watson And Chord Overstreet Are Dating And Gleeks and Potterheads... 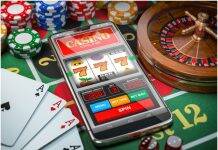