After being spotted having a public showdown over the weekend, fans are concerned that Justin Bieber and Hailey Baldwin’s marriage is already coming to an end before it could even begin. Which wouldn’t come as surprise—not only because they married because they wanted to have sex (not the best reason to tie the knot), but also because they wedded after only WEEKS of dating.

But how were they supposed to not precipitate when stars have taught us that getting engaged after six months of dating is actually a long time in Hollywood years. After all, Justin and Hailey are only the latest in a long list of celebrities who rushed into marriage.

From the ones who were doomed from the very beginning to the pairings that proved is never too soon to say ‘I do’, here’s a list of 10 famous couples, including Justin and Hailey, who jumped the gun when walking—more like sprinting—down the aisle. Click through our photo gallery above to see all the celebrities who rushed into marriage. 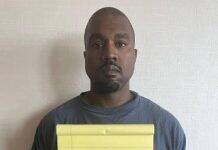