He started off as the epitome of a jerk, with his love for Nancy being his most redeeming quality (aside from his hair, of course, because that one’s a given). But by the end of Season 2, we loved Steve Harrington more than he loves his Farrah Fawcett hair spray—and that’s saying a lot.

Steve went from villain, to antihero, to good old hero in the span of just two seasons. “I may be a pretty shitty boyfriend, but turns out I’m actually a pretty damn good babysitter,” he tells his ex in the finale. And, somehow, that statement sums up Joe Keery’s character’s arch in the most accurate way.

As we await to see him in that cutesy sailor outfit— and in honor of the actor’s 27th birthday, of course—, here are 10 times we loved Steve Harrington so much we too would’ve fought a Demogorgon for him. 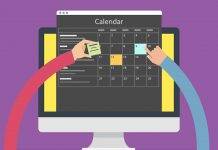