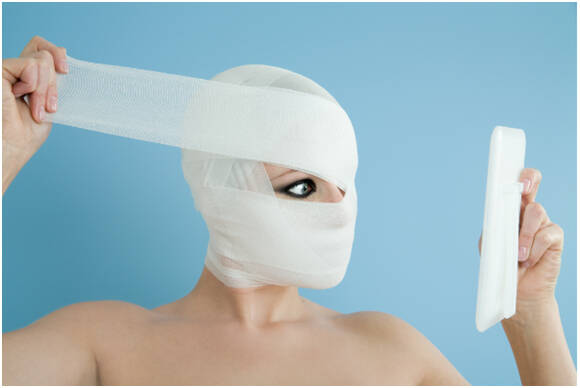 Celebrities are the people most often associated with getting plastic surgery, which means they are the best source of warnings and cautionary tales.

In fact, if you’re currently considering a plastic surgery of any sort, you can learn a lot about what not to do by browsing some of the more (in)famous celeb plastic surgery stories you can find on the internet.

It’s good to learn from other people’s mistakes. So, to make sure you don’t repeat these mistakes, here are a few of the biggest lessons you can learn from celebrity plastic surgeries.

The good news is that Beckham now owns her mistake. She talks openly about the boob job that she underwent some years ago, and even jokingly calls her former boobs “torpedo bazookas.”

What went wrong? To begin with, the techniques and technology used in today’s breast augmentation surgeries have come a long way in the 20-or-so years that have passed since Beckham’s boob job. If you want to change the look of your breasts today, you can do so and still get a very natural look and contour. This wasn’t the norm in the early 2000s.

Second of all, Beckham simply went with too large of an upgrade in size, while also getting implants that were unnaturally round.

But it doesn’t have to be that way. Today, you would be surprised at how natural modern implants look, feel, and move.

Many fans were left scratching their heads after Rourke’s facelift procedure a few years ago—particularly for someone who has always been known for his rugged good looks.

His age lines and chronically broken nose (thanks to his boxing days) actually endeared him to millions of fans. However, his facelift seemed to go a bit too far in smoothening his skin, which seemed to give him an unnatural appearance.

Rourke could learn a thing or two from his fellow leading man, George Clooney. Clooney admitted that he had eye surgery a few years ago. People were shocked because the work was so subtle that even his most die-hard fans wouldn’t be able to tell you exactly when he had the surgery.

Montag is seemingly, and thankfully, in a good place now. But there were darker times where she admits that a wounded mindset led her to put her life in jeopardy and get an incredibly dangerous 10 surgeries in a single day.

This is obviously wildly unhealthy and she talks openly about it now. She says she was overwhelmed by the spotlight and the tabloid media (and trolls) at the time, and she made a mistake that she deeply regrets.

Learn from these celebrity mistakes. But don’t let them discourage you from getting a surgery or procedure. Success stories are now the norm! Your plastic surgeon can work closely with you to show you exactly how to meet your goals, while still maintaining a natural look.