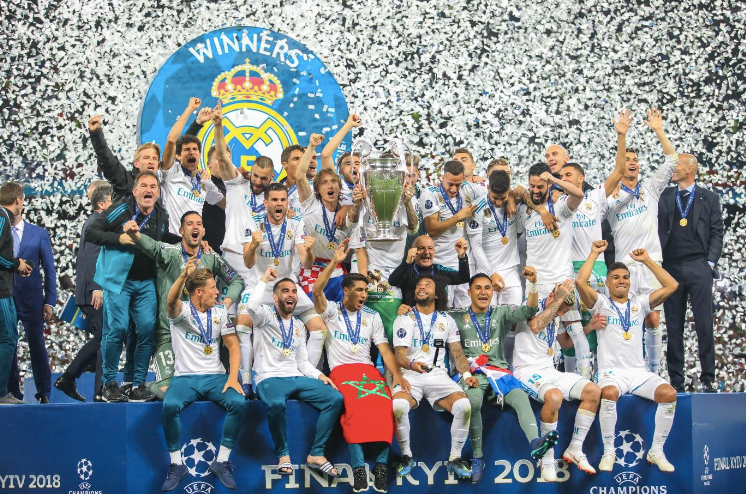 As we approach the end of the European football season, anticipation is building for the Champions League final. Almost four years on from their initial encounter in Kyiv, Liverpool meet Real Madrid in Paris for a rematch of the 2018 final at the Stade de France. With the Spaniards already securing success this season, winning La Liga earlier this month, they can now focus solely on their trip to France, but Jürgen Klopp’s side still have domestic responsibilities if they are to complete a famous quadruple.

Liverpool’s Premier League pursuit took a real dent after dropping points to Tottenham Hotspur at Anfield, but their lofty ambition could culminate in Paris, with the core of their squad wanting to exact revenge on Madrid after their shortcomings. The two sides did meet in last season’s quarter-finals, but it was harsh to judge an injury-laden Liverpool, who fielded the likes of Nat Phillips and Ozan Kabak in the absence of Virgil Van Dijk at the back.

Madrid are in search of a 14th European Cup and with Carlo Ancelotti, the man responsible for La Decima in the dugout, they have every chance. The Italian has a more experienced side, and for that reason, they are just edging it as favourites in the Liverpool v Real Madrid odds, but as the weeks go by the game is proving increasingly tough to call. Read on, as we take a look at the managerial battle between Klopp and Ancelotti ahead of the UEFA Champions League final.

Both Klopp and Ancelotti have tasted Champions League success before, and it makes for an interesting tactical battle, especially considering the latter had only left Merseyside a year ago with a strange spell at neighbours Everton. Since returning to Madrid, Ancelotti has brought the feel-good factor back to the Bernabéu, with some dramatic moments in an entertaining European campaign. Despite some injury concerns, if the Italian has his full side available, he’ll leave Klopp with plenty of questions to answer, something he was hopeful of ahead of sealing the La Liga title.

“We didn’t need points, but we wanted to play a good game”, he said before the Madrid Derby. “The idea is that everyone is available for the final and we will work towards that. We have just enough time to prepare for the final and get all the players back.

“This week we can’t work too much, because we have two games to play. The best thing is to touch what we do as little as possible.”

Ancelotti has tasted defeat to Liverpool before though, with the ghost of the 2005 final in Istanbul surely leading to some precaution. However, you’d expect Klopp to go with his usual all-guns-blazing approach in Paris, with his front three constantly rotating. At the time of writing, Luis Díaz, Mohamed Salah and Sadio Mané are the preferred triumvirate, with the Senegal international deployed as a false nine. If he persists with the same style, it could cause headaches for Éder Militão, who struggled to deal with the intensity of Manchester City’s press in the semi-finals.

One man Klopp will have to rely on is his captain Jordan Henderson. From a tactical perspective, you could argue that Henderson is the weak link in the Liverpool midfield, with his numbers paling in comparison to Fabinho and Thiago. He’ll have to be at the top of his game in terms of his industrious running and organisation to nullify the experienced Madrid midfield, with Toni Kroos and Luka Modrić seeing far too much of the ball last time out.

Both benches could also prove pivotal, as Rodrygo and Divcok Origi have earnt super-sub status amongst their respective clubs. It will be interesting to see how the proverbial chess game goes in each dugout when the game kicks off at the Stade de France, but whoever comes out on top will be a worthy winner.

Lights, Camera, Romance! 30 Celebrities Who Fell In Love On Set