The 55 year old singer took to Twitter on Saturday as she confirmed the news, giving a touching tribute to her ‘beautiful’ son Shane, who she shares with her ex, folk singer Donal Lunny.

“My beautiful son, Nevi’im Nesta Ali Shane O’Connor, the very light of my life, decided to end his earthly struggle today and is now with God,” she tweeted. “May he rest in peace and may no one follow his example. My baby. I love you so much. Please be at peace.”

Shane was reported missing on Thursday and the following day, Gardai detectives released what is believed to be the final photograph of Shane, when he was last seen in Tallaght, South Dublin, on Friday morning.

The death was confirmed by O’Connor’s management company.

“Regrettably, we can confirm that Sinead’s son Shane has indeed passed. We would politely ask that the utmost respect and compassion be observed at this most difficult time for Sinead and family,” 67 Management said in a statement on Saturday.

Shane had apparently been on suicide watch at a hospital in Dublin, according to tweets posted on Sinead O’Connor’s personal Twitter account.

The singer blamed the hospital for letting the teen “out of their grasp.”

“This is a message for my son, Shane. Shane, it’s not funny any more all this going missing. You are scaring the crap out of me. Could you please do the right thing and present yourself at a Gardai station,” she wrote. “If you are with Shane please call the Gardai for his safety.”

In another message, Sinead O’Connor pleaded with her son not to harm himself.

“Shane, your life is precious. God didn’t chisel that beautiful smile on your beautiful face for nothing,” she tweeted. “My world would collapse without you. You are my heart. Please don’t stop it from beating. Please don’t harm yourself. Go to the Gardai and let’s get you to hospital.”

Police in Dublin did not immediately respond to a request for comment on Saturday. The department told The U.S. Sun that Shane was found dead on Friday in Wicklow, south of Dublin.

In November 2020, Sinéad said she was taking a break from performing as she went into a year-long rehabilitation programme and all her 2021 gigs were called off.

Revealing the news, she said she had ‘lost someone beloved’ and had endured a ‘traumatic six years’.

Sinead admitted she has been ‘addicted to weed for 34 years’ but ‘became briefly addicted’ to another drug following her loss.

‘I have been addicted to weed for 34 years. A lifetime.

‘I grew up with a lot of trauma and abuse. I then went straight into the music business. And never learned really how to make a normal life. Never took proper time to heal. Wasn’t ready to either.’

The Nothing Compares 2 U hitmaker then pleaded with her fans to be ‘supportive’ and keep hold of their tickets for 2022, when she vowed to return with a new album.

The singer described the music industry as a ‘very unforgiving place’ for those who need to postpone commitments ‘due to emotional or mental health issues’.

She even voiced her concerns that her decision could end her career, saying that if that were to happen ‘then so be it’.

If you or someone you know is in crisis, call the National Suicide Prevention Lifeline at 800-273-8255, text HOME to 741741 or visit SpeakingOfSuicide.com/resources for additional resources. 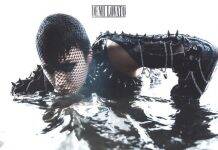 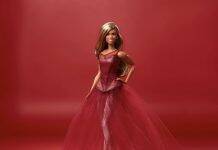