This last Monday (14) was marked by the return announcement made by Tom Brady. Gisele’s husband will be back at the field and play for the Tampa Bay Buccaneers. According to him, there is unfinished business. “I’m coming back for my 23rd season in Tampa”. The decision was well accepted by the fans and the team’s coaching staff.

Brady stated that he would retire on February 1. Since then, rumors of new work have surfaced. The star team is excited about his return and has new goals. The team left all options open for the player to decide what would be best for him. After many conversations between the parts, the decision to return got closer and closer. Jason Licht, team’s general manager said that they will work a lot.  “We will keep moving forward to recharge our forces for the next season”.

In 2020, Brady won the Super Bowl with the Buccaneers, and now he wants to take that back. He left a message for fans on social media: “These past two months I’ve realized my place is still on the field and not in the stands. That time will come. But it ‘s not now. I love my teammates, and I love my supportive family. They make it all possible. I’m coming back for my 23rd season in Tampa. Unfinished business”. 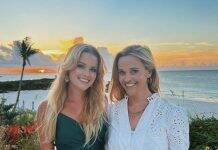 Reese Witherspoon shares a photo with her daughter and a surprising...