Writer Russell T. Davies has announced that Neil Patrick Harris will be part of the next season of “Doctor Who”, star of “How I Met Your Mother” and “Glee” will be the new villain of the BBC science fiction series.

“Neil Patrick Harris, welcome to Cardiff! Playing the greatest enemy the Doctor has ever faced. A great actor, a great man, is an honor and a joke. Enjoy!” wrote the showrunner in an Instagram post.

The character, still unnamed, is part of the celebrations for the 60th anniversary of “Doctor Who”. Harris joins Ncuti Gatwa, who will play the 14th incarnation of the Doctor, and actress Yasmin Finney (Heartstopper) will play Rose. David Tennant and Catherine Tate will reprise their roles as the 10th Doctor and Donna.

Kourtney Kardashian and Travis Barker got married in Vegas with Elvis... 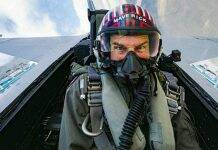