Netflix released the poster for Volume 2 of Season 4 of “Stranger Things” on Monday (27). Finally, fans will be able to discover the season’s outcome, which may not be as happy as some wish. After all, the Duffer brothers, Matt and Ross, creators of the series, stated in an interview with Entertainment Weekly that not everyone will survive Vecna’s attacks on Hawkins.

Shawn Levy, director and executive producer of the series, stated that the last two episodes of the fourth part will be a kind of “springboard” for the final stories. “There’s no question that season 4 is built as a prelude to and springboard for the fifth and final season,” Levy tells EW. “When you watch Volume II, you’ll know what I’m talking about. And I’ll just tell you, as great as Volume I is, Volume II is extraordinary”, said Lavy.

“Without giving anything away, everything happens for a reason on Stranger Things. It’s why we’re gonna end things after season 5 because it’s important to the [Duffer] brothers, and all of us who make the show with them, that we finish strong, stick the landing, and not tell one fragment of story more than has purpose. As you can see in season 4, we’re taking a lot of strands — strands of character, strands of plot, strands of mythology — and we are giving explanations and weaving those threads together”, said the director.

Volume 2 of “Stranger Things 4” premieres July 1 on Netflix. It will consist of an episode that lasts 1 hour and 25 minutes and a second that lasts almost 2 hours and 30 minutes.

Carmen Electra then and (WOW) now at 42! 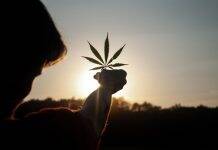