Travis Barker, 46, was urgently hospitalized last Tuesday (28) in Los Angeles. Barker arrived at West Hills Hospital accompanied by his wife, Kourtney Kardashian, but due to his more serious condition he was transferred to the renowned Cedar-Sinai Medical Center.

On Twitter, the drummer wrote “God me save”, without giving explanations and left his followers worried. According to TMZ, Baker had pancreatitis, which came about after the Blink-182 drummer recently underwent a colonoscopy.

The musician’s daughter, Alabama Barker, even asked for prayers for her father on social media, but without revealing the reason for the hospitalization. “Please send your prayers”, wrote the young woman on Instagram Stories. 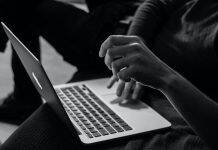