Last Sunday (3), actor Elliot Page shared with his Instagram followers his new passport photo, a year and a half after starting his gender transition. Page did not hide his joy when showing the new document, which records his male identity.

“Never thought I would love a passport photo”, he wrote in the caption of the publication.

++Lizzo reveals in Carpool Karaoke that Beyoncé is her inspiration: “She’s been my North Star”

Page is part of the cast of “The Umbrella Academy,” and the transition was also addressed in season 3 of the series, which debuts June 22 on Netflix. In a delicate and educational way, Vanya became Viktor Hargreeves in the new chapters.

12 Male Celebrities Who Are Proud Feminists

Queens and Kings of The Gram: Top 10 Most Liked Instagrams... 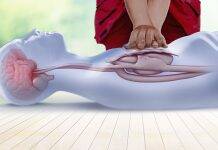