The actors of Stranger Things are very close, for sure. But Jamie Campbell Bower and Joseph Quinn’s friendship has caught the public’s attention, and every appearance together is a big hit. The actor who gave life to the villain Vecna ​​in the fourth season of the acclaimed series spoke a little about the friendship between the two, and about what it was like to work with Quinn, in an interview with Variety magazine.

Jamie stated that when he arrived to start working on the series’ text readings, meeting an English compatriot was very good. In addition, according to him, the harmony of the two was practically immediate. He also said that everyone on the team has been very welcoming to the newcomers, and that it’s a slightly different experience to join an existing cast that’s as solid as ST’s. For him, any script reading is terrifying, since there is no customization of characters, only “clean” actors talking to each other. He recalled a moment during a break in reading on the first day, when the two of them went out for a smoke together, and supported each other.

“I would love to have the opportunity to work with him again,” Jamie said. He joked that bromance is real, and said he really likes his co-star. Bower also scoffed at the situation the characters found themselves in on the series: “I’d like to be on the same production again, but this time without having to end your life.” Very friendly, the actor declared that being part of the ST family was very important and rewarding for him. He hopes that the public will enjoy his stint in the production. The fifth and final season of the upside down series does not yet have a production date or confirmed premiere. 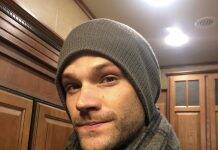