A video was posted online and went viral after a fan recorded Gerard Piqué listening to Shakira’s 1998 hit “Inevitable” in his car. Piqué and the singer split in June of this year, after almost 12 years together.

++Halsey celebrates her son’s first year: “I am so lucky that you found me”

The footage shows the Barcelona defender leaving the team’s training ground. It is possible to see the player surrounded by fans, with a sad appearance, he is not bothered by the act and keeps looking forward. Without worrying about the fans who were present.

Shakira’s song lyrics talk about the relationship of a couple in love. Soon after being released, the singer talks about not understanding anything about football and after starting her relationship with Piqué, the Colombian changed the lyrics and started singing saying that “thanks to number 3, now I understand football”. It is worth remembering that “3” refers to the shirt number of the Spanish player in the team. 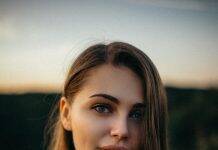