Everyone is looking forward to the unfolding plot involving Rue (Zendaya, 24) and her friends, “Euphoria” became a ratings success and was critically acclaimed. In an interview with The Hollywood Reporter, Zendaya, nominated for an Emmy for Best Actress for the second time for her performance in the HBO series, spoke about her anticipation for season 3.

“I think it’ll be exciting to explore the characters out of high school. I want to see what Rue looks like in her sobriety journey, how chaotic that might look. But also with all the characters, in the sense where they’re trying to figure out what to do with their lives when high school is over and what kind of people they want to be. What was special about this season was that we got to dive into [the other characters] in a much deeper sense. I think we can do that again with the third season. There’s so much talent, you want to make sure everybody has the chance to have that”, said the actress.

++Viola Davis to be Villain in ‘Hunger Games’ prequel

About the role of executive producer that she took on from the 2nd season, she explained that she likes to be at all stages of the construction of the series. “Personally, I’m very self-critical, but I’m also very shy sometimes, so I won’t say anything. [But here], I’m given my own responsibilities. I’m there every step of the way, even through editing, and that’s really, really special. You don’t usually get that kind of hands-on experience, and everybody is different with how they choose to produce. It’s a labor of love for all of us”,  Zendaya told THR.

“Euphoria” has been confirmed for a third season, but does not yet have a premiere date. Both seasons are available on HBO Max.

10 Couples Who Haven’t Married But Are Still Going Strong! 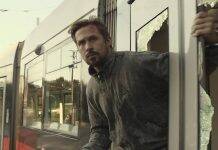 Ryan Gosling reveals which MCU character he would like to play