Margot Robbie revealed that she felt embarrassed to be photographed on the streets of Los Angeles wearing costumes from the movie Barbie. In an interview with The Tonight Show with Jimmy Fallon, the actress described the moment as “humiliating”.

The interpreter of the protagonist and the actor Ryan Gosling, who gives life to the character Ken, were spotted during the filming of the scenes of the film. The actors were rollerblading and wearing neon outfits. The images went viral on social media.

++“The Idea Of You”: Anne Hathaway and Nicholas Galitzine to star in fanfic-inspired film about Harry Styles

I can’t tell you how mortified we were, by the way, said Margot. We look like we’re, like, laughing, having fun, but dying on the inside. I was like ‘This is the most humiliating moment of my life’”.

Fallon asked if Robbie expected such a backlash around the leaked footage.

“I mean, I knew that we had some exteriors to shoot in L.A. I knew, okay, once you’re doing exteriors, you’re gonna get papped. There’s probably going to be a little crowd of people who are going to take notice because, you know, the fluoro. We stand out a little in those outfits”, she explained. “And so I knew there would be a little bit of attention, and  probably some pictures would get out there, but not like it did.”

“It was like hundreds of people were watching the whole time,” added Margot.

“Barbie” is directed by Greta Gerwig and the plot remains under wraps, although rumors have suggested that the story revolves around several different versions of Barbie and Ken dolls. In addition to the main characters, the cast includes America Ferrera, Simu Liu, Kate McKinnon, Alexandra Shipp, Emma Mackey, Kingsley Ben-Adir, Issa Rae and Michael Cera.

15 famous actors shorter than you 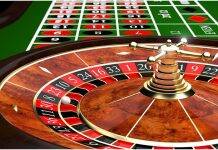