Selena Gomez did in a TikTok live video to ask her fans to be kind. The statement came shortly after Hailey Bieber exposed the hateful comments she received from the actress’ fans when she married Justin Bieber, Selena’s ex-boyfriend.

“I think some of the things I don’t even need to be aware of are just vile and disgusting and it’s not fair, and no one should ever hear things the way I’ve seen them”, said Selena without mentioning the couple.

The artist explained that this wave of mean comments doesn’t represent her: “All I have to say is that it’s incredibly ironic that I release something that’s all about kind words, because that’s exactly what I want. It’s not fair because no one should ever be spoken to in the manner that I’ve seen,” she said, adding, “If you support Rare, I cannot thank you enough, but know that you are also representing what it means and that is: Words matter. Truly matter.”

In an interview with the podcast Call Her Daddy last Wednesday (28), Hailey Bieber revealed that he talked to Selena Gomez and that ‘there is no drama’, just respect. In the conversation, the model also talked about the hatred she received throughout her relationship with Justin Bieber.

“A lot of the hate, and the perpetuation, comes from the misperception, ‘Oh, you stole him’. It comes from the fact that they wished he had ended up with someone else and that’s fine. You can wish that all you want but that’s just not the case”, explained Hailey. 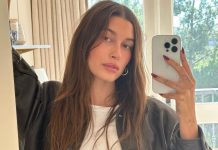 Sorry Kylie! A Simple Egg Is Now the Most Liked Picture... 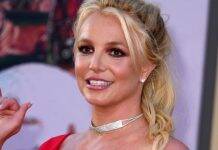